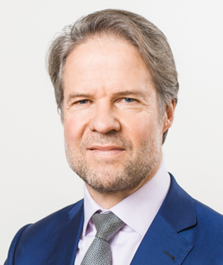 In the Finnish tax legislation the threshold for being ordered punitive tax increase at its highest level has for decades required that the taxpayer has, either deliberately or in gross negligence, filed evidently false information with the Tax Administration, or has neglected the filing altogether.

In court and tax practice the controversy and the greatest economic interest is clearly encountered with respect to the definition of gross negligence. That is the crucial reference line separating an adequate diligence from a non-qualified one. Moreover, this threshold has generally turned out to be a really ambiguous line to defend by the taxpayer.

What makes this even more interesting is the fact that gross negligence is not defined in the Finnish tax legislation, even if it often entails very significant economic consequences to the detriment of a taxpayer. Furthermore, the concept is not really clarified in the Finnish Court praxis either, nor has it been subject to more in depth research in the Finnish tax jurisprudence.

On the other hand, there is a great number of monographies in both civil law and criminal law jurisprudence scrutinizing that particular concept in a legal perspective. Moreover, in the Finnish Criminal Code the legal assessment of gross negligence is specifically stipulated. There is also Finnish Supreme Court praxis on civil and criminal law cases where the definition and its threshold to apply is quite thoroughly scrutinized. But as said, there is really no definition available for tax purposes.

Now, under the Rule of Law, as perceived in the European tradition, and as based also on the Finnish Constitution, the law validly enacted and in force must be accessible, clear and predictable. The predictability emerges in particular from the wording of the law. This applies with all its power also in regard of taxation, there is no question about that.

And as referred above, there is neither question about the wording in the rule empowering the claim for punitive tax increase discussed: gross negligence. As a tax payer, this is the (only) wording one should be able to follow in carrying out taxable activities while not being punished. But what does it mean in tax legal context, how can one be sure of its content to predict the outcome?

What should be clear right from the outset is the following: when a stipulation in law sets as its threshold the diligence of a taxpayer, more in particular the assumption of conduct in gross negligence, this calls first and foremost for an assessment of the subjectivity by the taxpayer. In other words, the imputability of the taxpayer would need to be addressed in detail with respect to the subjective elements at hand, under any given circumstances being scrutinized.

There are of course certain cornerstones to the analysis in determining what gross negligence actually is all about. First of all, when measuring taxpayer’s conduct against the qualification of gross negligence, and in assessing whether the conduct actually fulfills the criteria, one needs to build the scrutiny up from a reference point considered normal under the facts and circumstances at hand. This normal has to, in its turn, be assembled as per any given taxpayer whose conduct is being scrutinized. What is then normal conduct of a corporate taxpayer?

As an example, in Finland the board of a corporate entity is responsible for fulfilling the tax obligations of the corporate. Therefore, the normal conduct of a corporate tax payer has to be concluded based on the (civil) laws and regulations governing the overall conduct of a corporate entity and in particular its board in running prudent business. In other words, it has to be first assessed whether, under the facts and circumstances at hand, the board has conducted diligently in light of the legislative corporate framework governing its activity, or rather neglected its responsibilities.

In light of the above, it has been suggested that e.g. a totally careless demeanor towards all guidance or instructions on required conduct, or towards the (adverse) consequences of certain conduct, could be defined as gross negligence. On the other hand, it is suggested that gross negligence would be close to a deliberate misdemeanor. In more specific, with corporate taxpayers the relevant demeanor is generally referenced with the conduct of the key individuals, the board and the management, i.e. whether the gross negligence has occurred in the conduct of such individuals.

It has to be accepted, of course, that it is somewhat impossible to define gross negligence exhaustively or even adequately in (tax) legislation. By the same token it should be taken as a given that defining it is rather a case by case assessment, carried ultimately out by the Courts. But the heart of the matter is, however, the fact that at least in Finland the very threshold is explicitly enacted in the Law which in turns means that it has to be respected all the way. In other words, by having the definition of gross negligence enacted, its purpose and content has to be respected, understood and only there after applied.

As it happens, in the Finnish Court praxis, as also provided for in the legislative history underlying the rules on punitive tax increase, the detailed assessment of gross negligence is very minor, to say the least. In other words it appears as if (i) the wording of the Law is not appropriately respected, (ii) the subjective features attached to the said assessment are not adequately considered and (iii) the European Convention on Human Rights (the “ECHR”) and the codifying praxis of the European Court of Human Rights (the “ECtHR”) are apparently not very thoroughly scrutinized.

What then kind of stands out from all this is the apparent aim to have the assessment of gross negligence based more or less solely on objective criteria available, such as the reassessed amount in Euros. It is, however, inevitable that this approach, when assumed, may well lead to judgements where a purely diligent conduct would be punished as grossly negligent. This is, however, neither in accordance with Law nor the praxis of the ECtHR.

E.g. in Case of Jussila v. Finland (23 November 2006), the ECtHR concluded that “the tax surcharges were not intended as pecuniary compensation for damage but as a punishment to deter reoffending”. It was therefore further concluded that the surcharges were imposed by a rule whose purpose was deterrent and punitive. Accordingly, the Court considered that Article 6 of the ECHR applies under its criminal head.

When punitive tax increase would, based on the ECtHR praxis, be assessed under the criminal head of Article 6 implying the requirement of fair trial, it would not be in accordance with the Laws of Finland to have the prerequisite of gross negligence in ordering for punitive tax increase assessed based on objective criteria only. On the contrary, the subjective elements relevant in characterizing the conduct of a taxpayer have to be assessed every time and in adequate detail.

If then looked at on an international level, in a Country-by-Country review there may be differences as to whether the qualification of a taxpayer’s conduct would be relevant with respect to the overall taxes payable, in any respect. In European context, however, we now have a particular qualification of conduct in the Council Directive (EU) 2017/1852 on tax dispute resolution mechanisms in the European Union (Article 16): “By way of derogation from Article 6, a Member State concerned may deny access to the dispute resolution procedure under that Article in cases where penalties were imposed in that Member State in relation to the adjusted income or capital for tax fraud, wilful default and gross negligence.”

In other words, we may be looking at a national assessment on penalties, based purely on the conduct of a taxpayer, and when that conduct is considered to imply gross negligence, this in fact precludes access to a very effective dispute resolution mechanism by the Council Directive. There is therefore a very interesting and very important chain of relevant juridical assessment dimensions with potentially remarkable consequences in securing the taxpayer rights in the European level. This in fact brings us back to a Country-by-Country review within the scope of the Directive and kind of takes the definition of gross negligence very much to the forefront.

To conclude, and quoting the name of a book by Mr. Ronald Dworking, we should really be “Taking rights seriously” when making decisions on issues with often huge financial and time-consuming consequences upon a taxpayer. We should all ask, from time to time, the questions of: what is law and what is it for?  This is very much the case also when figuring out what exactly is meant by gross negligence.

And as an answer to the headline question, there is no real rationale in defining gross negligence that differently in various areas of law, but we should rather aim at coherence to increase the predictability of the system, also as a whole.